The VOL Gen4 is an attractive LED bi-level luminaire featuring Bluetooth technology. Field adjustable output power when in normal mode and field adjustable standby dim levels as well as time delay settings. No need to open the fixture – It’s as easy as downloading a free iOS or Android companion app.

Ideal for stairwells and other spaces with low occupancy. Available in lengths of  2′, 4′ and now 8′ they are equipped with die-formed end caps and formed steel housing and gear tray which can be removed for servicing without tools.

The frosted impact resistant diffuser boasts up to 94% transmittance while shielding the source comfortably and effectively.
For further details Download Specs »  or visit the LaMar Lighting website »

Contact us at 212.577.2552 or email us at O’Blaney Rinker to learn more about LaMar products and Occu-Smart®

LaMar’s Titan Ultrasonic and HF series were recently recognized as one of Buildings Magazine 2019 Money Saving Products for facilities professionals, in the Lighting category 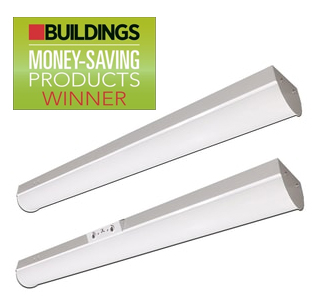 The Titan series is part of LaMar’s Occu-Smart® product line and an ideal money saving solution for stairwells, corridors, restrooms, and a variety of other areas in commercial and large residential buildings.

Call us today at (212) 577-2552 or email info@oblaneyrinker.com for more information on LaMar’s Titan series

The VO-LED Gen2 by LaMar wins BUILDINGS 2018: Money-Saving Products award in the lighting product category.
BUILDINGS Media has audiences with more than 75,000 building owners and facility managers who are always looking for innovative and budget-friendly products. The 2018 Money-Saving Products awards program is designed to supply the best of these products to their audiences.

Justin Feit of BUILDINGS states, “Finding ways to reduce costs is what facilities management is all about, and that often starts with the products you implement into your buildings. The BUILDINGS editorial staff selected 67 Money-Saving Products that can help you save money and improve returns on investment.

Lighting and Life Safety & Security were the other two largest categories. The lighting products featured here follow the widespread transition to LED products, and some even assist the retrofit process. For life safety and security, we are seeing manufacturers simplify the processes that keep your facility safe by combining surveillance and access control technologies into one place.”

VO-LED Gen2 by LaMar
Continuing to improve the future of lighting, LaMar’s VO-LED Gen2 is an attractive LED bi-level luminaire featuring field adjustable output power (Low, Med or High) when in normal mode and field adjustable standby dim levels of 10, 20, 30 or 40% of full light output, both features integrated directly into the LED driver for convenience. 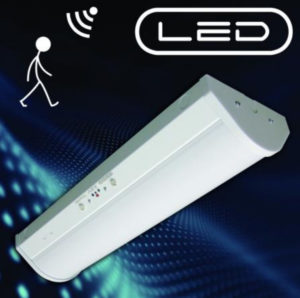 Ideal for stairwells and other spaces with low occupancy, these units come in lengths of  2′ and 4′ and are equipped with die formed end caps and formed steel housing and gear tray.

Made in the USA, the LED array is high quality MPCB (metal core) ensuring long life and high efficiency.

The frosted polycarbonate diffuser boasts up to 94% transmittance while shielding the source comfortably and effectively and remaining virtually unbreakable.

Call us at at 212.577.2552 or email info@oblaneyrinker.com
for more information on LaMar Products 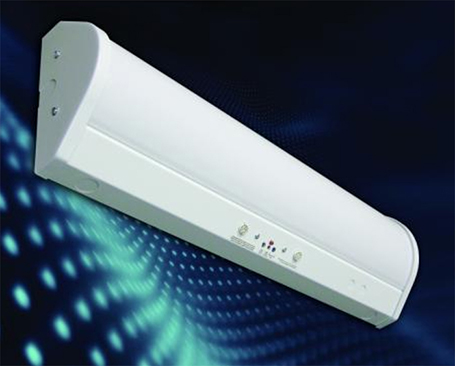 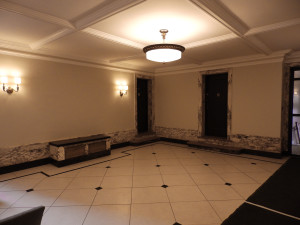