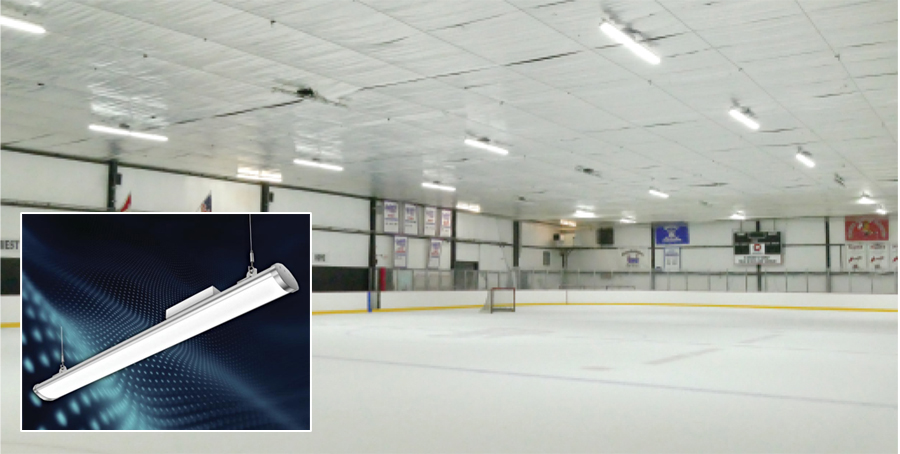 Over the main ice, LaMar Lighting retrofitted HBL3 LED High Bay Luminaires.  These fixtures are particularly well suited for a cool-to-cold environment.  Constructed of a fully enclosed, heavy duty extruded aluminum chassis, the HBL3 LEDs have superior thermal control and durability and are operable in temperatures as low as -30˚C at 227V.  They deliver almost 17,000 lumens, consume only 152W and are half the width of the previous luminaires, adding a modern, sleek look to the arena.

QYH will save nearly $11,000 on its energy bills year-over-year. The retrofit project has a payback period of only 1.5 years, with a 59% ROI every year after it becomes cash flow positive.
Click Here for Case Study

To learn more about LaMar LED products,
contact us at 212.577.2552 or email
info@oblaneyrinker.com